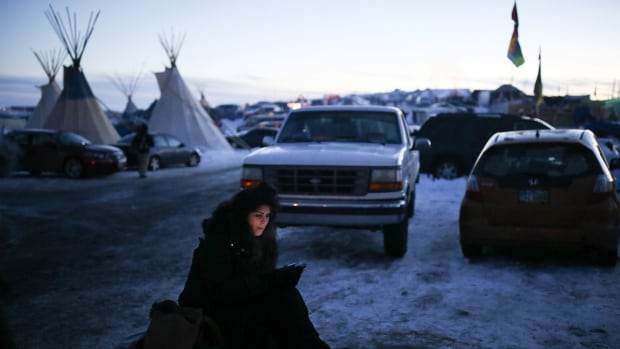 A woman uses her smartphone in the Oceti Sakowin camp where ‘water protectors’ continue to demonstrate against plans to pass the Dakota Access pipeline. (Stephen Yang/Reuters)

The Standing Rock Sioux Tribe in North Dakota has ordered the dismantling of several protester camps set up to oppose a contentious pipeline project, after a unanimous vote held by council members on Friday.

The tribal government has already been encouraging people to go home since the federal government agreed to an environmental review of the $3.8-billion Dakota Access pipeline project in December.

Although there’s no word on how or if the tribe — or any other authorities — will enforce the order, people in the camps have been told to clean up the land and leave within 30 days.

“Moving forward, our ultimate objective is best served by our elected officials navigating strategically through the administrative and legal processes,” read a statement on the tribe’s Facebook page.

“We ask the protectors to vacate the camps and head home with our most heartfelt thanks.”

The tribe said it is worried that recent confrontations between demonstrators, police, security and the National Guard could derail the the environmental review process.

Nearly 40 people have been arrested over the past two weeks, many at the nearby Backwater Bridge — which has been closed for months and has been the site of several clashes. 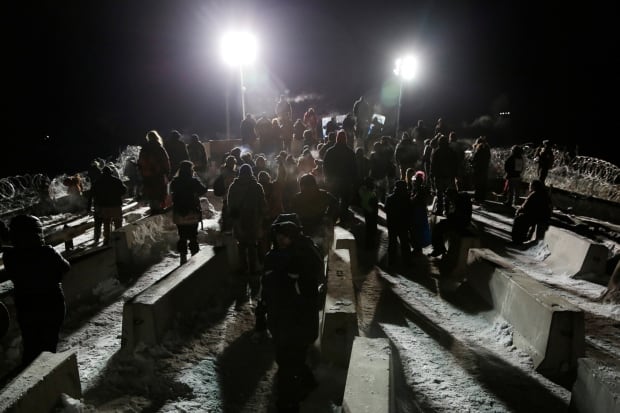 “I’m worried that the most recent behaviour, this action on the bridge, is going to give reason for the incoming president to do away with the thing that we worked so hard for,” Standing Rock chair Dave Archambault told Jenni Monet, the independent journalist behind the Still Here: Modern Stories of Resilience, Indigenously Told podcast.

“Not only that, but our tribal members have said ‘Enough now.'” Archambault added.

Recent heavy snowfalls have also increased the threat of flooding around the camps, the tribe said, which endangers people and could lead to environmental damage if camping supplies or vehicles are swept away.

State officials believe flooding could come as early as March.

“It is imperative we clean the camps and restore them to their original state before this flooding occurs,”  the tribe announced on Saturday.

The fight over the pipeline was also mentioned today in Washington, where the incoming Trump administration held its first full press briefing. 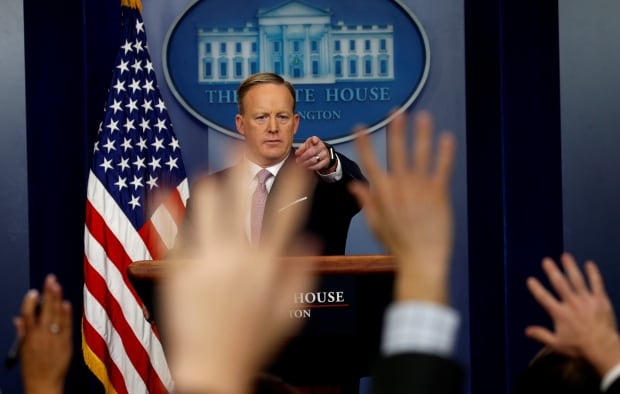 White House spokesman Sean Spicer reminded reporters that President Donald Trump is supportive of finishing the Dakota Access pipeline — something he spoke about several times during the U.S. election.

Not ‘abandoning the resistance’

Officials from Morton County, where the conflict is taking place, estimate that between 300 and 500 people remain in the camps, the largest of which is known as Oceti Sakowin.

One group, the Indigenous Environmental Network, stayed in the camp for months but announced on Saturday that its members would respect the tribe’s order to vacate.

“Vacating the camp does not mean abandoning the resistance,” read a statement from the group, which said it would focus its efforts instead on getting banks and other stakeholders to de-fund the pipeline.

But in the smaller Sacred Stone Camp, located on land belonging to the family of Standing Rock Sioux member LaDonna Brave Bull Allard and where the protest against the pipeline began, there are vows to remain.

“No one leaves,” said Winona LaDuke, a well-known Indigenous environmentalist who supports the Sacred Stone Camp.

In late 2016, the Standing Rock Sioux had voted to set aside land to be used as a winter camp for people opposed to the pipeline. 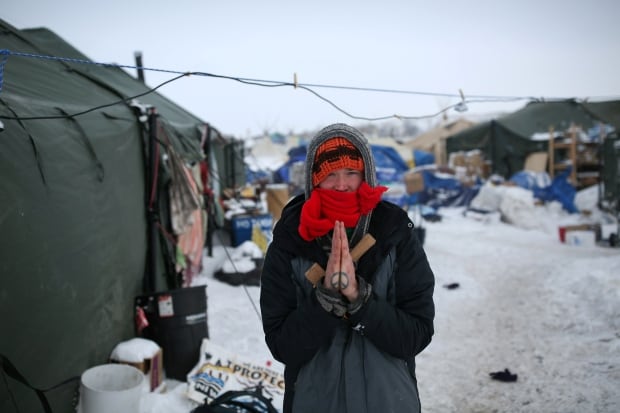 However, it seems that offer of an alternative camp has been rescinded after Friday’s tribal vote.

“The building of an alternative site for the camps with the Cannon Ball District is not needed or wanted,” he said.